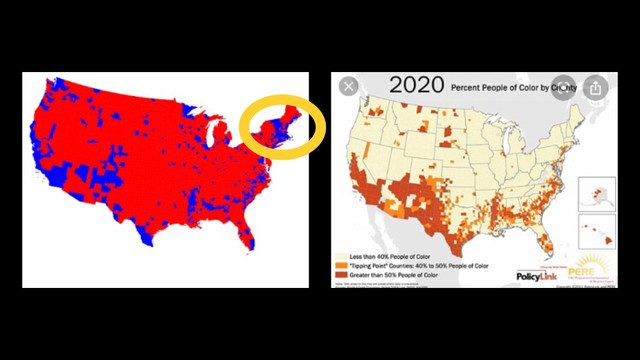 This is a group of counties where Dems get the most votes in blue. Look at how most of the blue land except the yellow circle has a high POC concentration. The bottom part of the belt in the south is black people. The areas in Texas, NM, and AZ are Hispanics. California is Hispanics and Asians. The northern counties sometimes have native populations. Note: TX counties tend to only show up as blue when the Hispanic population is above about 70% because of low turnout.