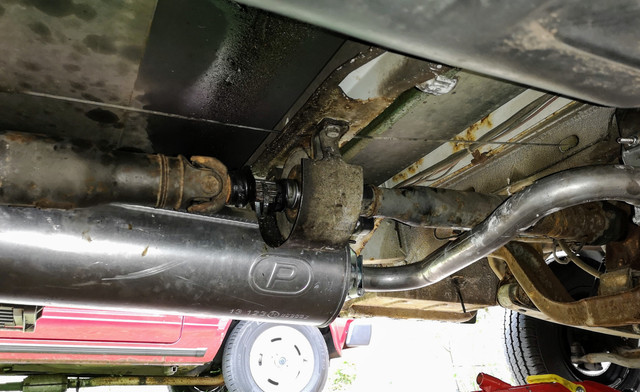 This scared me half to death when it failed as from within the cab it sounded as though all hell had broken loose under the van. Eventually I figured out that this was due to the flailing boot "twanging" the handbrake cable which runs directly above it as it rotated.

It turns out that you cannot separate the propshaft simply by dropping the centre bearing carrier. You don't have enough articulation available (even if you drop the exhaust) to remove the sliding joint. It has to be unbolted from the rear.

Well...you could probably unbolt it at the front too...but then you'd still need to remove the bearing carrier, and probably the exhaust to get access...unbolting it from the rear is far easier.