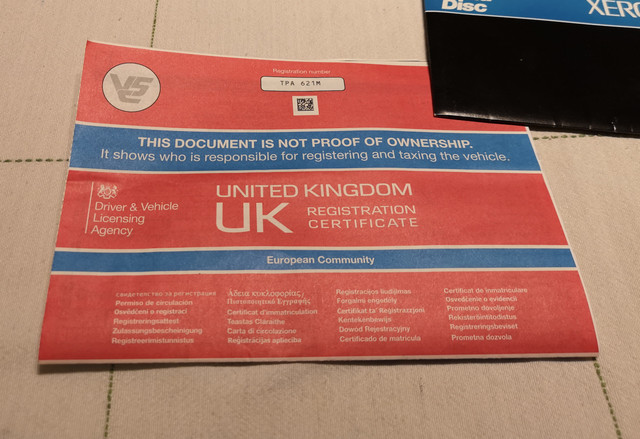 END_OF_DOCUMENT_TOKEN_TO_BE_REPLACED

Back from the dead!

So all the Invacars were officially scrapped back in 2003. Obviously there were a few stragglers which escaped the full, but even those were noted down as "scrapped" on the DVLA computers.

In spite of that though, it has been possible to get that marker removed and for a new V5 to be issued, thanks largely to work done in the past by the Invalid Carriage Register.

Note: this all happened before the Certificate of Destruction rules came into force. As far as I'm aware it is NOT possible for a car which has been issued with a CoD to ever be returned to the road. If anyone knows of a case where this has been done though I'm prepared to be proven wrong.